Once in a while you come across a study article that is so elegant and lucid that you have to blog about it. A not-son recent, but new to me  article in PLOS computational biology by Stephens et al is just such an awesome and well written article that despite being outside my comfort zone and expertise area I feel driven to write about it and bring it forth  to a wider audience(which it rightfully deserves).

The article reduces the spontaneous motion and shapes thereof of nematode worm on an agar plate  to low dimensionality and finds using principal component analysis (PCA) and eignevectors approach , that four factors (eigenvectors or  eigenworms as the authors call them) were sufficient to describe the spontaneous motion/ shape of the nematode worm C elegans, These four dimensions were able to account for 95 % of the variance in the shape of the worm. 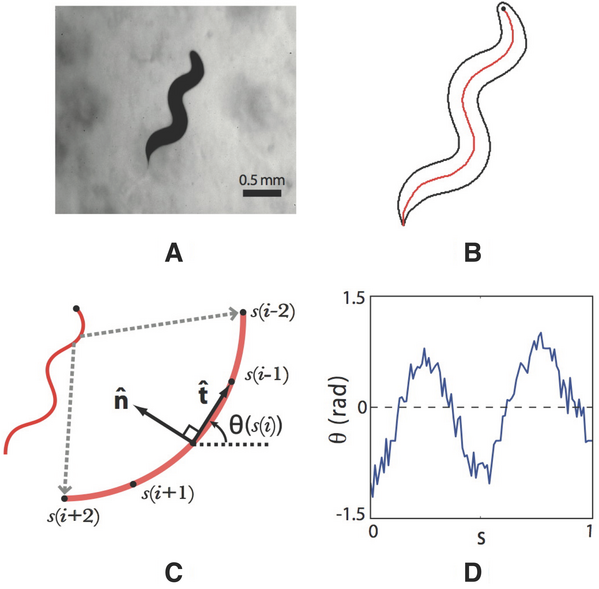 The authors measured the curvature of the worm as it moved on the agar plate and found that the actual shape at any instant can be easily represented by projections along the four dimensions/eigenworms and that these were sufficient and no higher dimension representation were needed.

The first two modes or eigenworms were sinuous in nature and were related to a traveling wave down the worms body. The speed of phase change was related to the speed of the forward/backward ,motion of the worm. 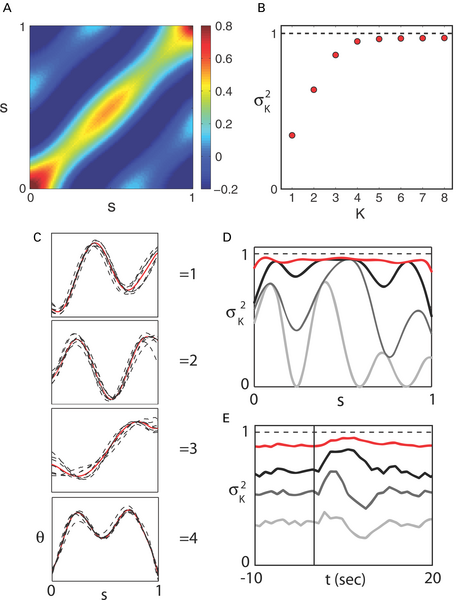 This decomposition of shape and spontaneous movement was what I found most attractive and understandable. they later found that there were attractor state in the seemingly chaotic worm motion and that if the external stimuli (thermal stimuli having no directionality) was applied to the worm when it was in a proper state then it can cause it to turn in a predictable direction. they were thus , with the help of thermal stimuli, able to ‘steer’ the worm.

To me this is one of best exemplars of how difficult to understand scientific concepts can be easily explained to lay audiences using a combination fo great text and equally great accompanying figures.  The article was published in open access PLOS so rush over and have a look yourself.

2 thoughts on “The way the worm wiggles”