I am currently reading ‘Emotions in the practice of psychotherapy‘ by Robert Plutchik and have been finding it a good read. In it Plutchik elaborates on his famous psycho-evolutionary theory of emotions that led to the circumplex and the Plutchik wheel of emotions. Basically, Plutchik argues that emotions can be classified on three dimensions- intensity, similarity and polarity (complementarity) and if one were to focus on similarity and polarity one can find eight basic or primary emotions, with other emotions either being a blend of the primary emotions or differing in intensity. 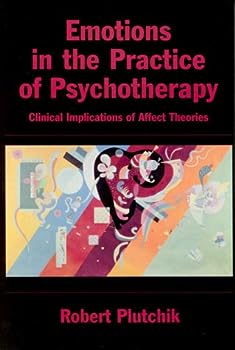 An example will help clarify: if one takes anger as a basic emotion then emotions like rage, fury or irritation, annoyance differ in their intensity from anger; likewise when two emotions like disgust and anger are co-present, then one may feel the emotion of hatred/hostility, which is a secondary emotion.

Long-term readers of this blog will know that I am sympathetic towards the basic emotions concept and also believe that their are eight basic emotions; the eight basic emotions identified by me are same as those by Plutchik though the polarity aspect varies slightly.  For e.g., I believe the right polarity combinations are Fear-Interest; Sadness- Joy; Anger – Love; and Disgust- Surprise. Note that Plutchik considers Anger-Fear to be opposites and believes that Love is not basic but a blend of Joy and Acceptance.

Emotions evolved because they helped us survive and thrive. They are related to particular contingencies or features of the situation and help prime action tendencies that effectively deal with those situations to restore one towards homeostatic state (in case of negative emotions) or move towards flourishing and growth (in case of positive emotions). Personality or stable differences in emotional, behavioral, cognitive and motivational responding evolved as it enabled different persons to adapt to different niches of the (social) environment. Personality disorders evolved when things were taken to an extreme or their were unresolved conflicts related to the corresponding emotions. We will look at emotions and corresponding personality disorders to delineate the relationship between personality and emotions.

Examples will make this clear.

Plutchik listed three clusters; but I could make out four clusters based on theoretical rationale as well as inspection of the circumplex.

The four clusters of personality disorders are :

Consider Avoidant and Self-defeating personality disorders – they are clearly related to (social) withdrawal, escape etc. and thus to Fear;  Dependent can be related to lack of Interest.

Sadistic and Passive-aggressive are related to destructiveness (either overt or covert) and related to anger; Narcissistic (too much self love) and Anti-Social (no love for society)  are problems with Love/compassion.   Taken together the four personality traits related to above like Sadism, Machiavellianism,  Psychopathy and Narcissism make the Dark Tetrad.

Lastly, Paranoid and Obsessive-compulsive are related to getting rid of something undesirable (external conspirators or internal thoughts) and possibly related to disgust.  Schizoid and Schizotypal may on the other hand be related to Surprise.

If one were to continue extending the circumplex and extrapolate from emotions and personality disorders circumplex, one would arrive at the same ABCD structure of personality that I arrived from other considerations.

Sadness is related to Conscientiousness trait and Dsythemic and Borderline disorders. Joy with Impulsive Sensation Seeking trait and Histrionic and Hypomanic disorder.

To me, the above seems conclusive and makes immense sense. The cluster A disorders (as I have defined them, not the DSM ones) are primarily disorders of Affect; Cluster B of Behavior , Cluster C of cognition while cluster D of motives or are interpersonal in nature. This to me is an important theoretical advancement and should be followed up with empirical work.