Yesterday I wrote a post about ADHD and creativity and how the frontal lobes hypo-function and dopamine may be the mediating factors involved.  Today I serendipitously came across this article by Thomson-Schill et al in which they posit that frontal cortex hypofunction during childhood is beneficial, on average, as it enables convention learning and thus linguistic acquisition.

What they basically mean is that frontal cortex has been found to be involved in cognitive control i.e. in higher cognitive functions like planning, flexible thinking etc ; and the frontal cortex does this by biasing the competitive responses elicited by a stimuli by goals /existing beliefs / other task related information that is maintained in the working memory. To take an example, cognitive control is often measured by tasks such as the stroop task. the strrop task measures how well you are able to suppress the prepotent response tendency of naming the color-term itself by the task-relevant constraint that you name the color of the term instead. when a color term like ‘green’ is presented in Red color, then the green as well as red linguistic response compete with each other. In the absence of frontal biasing in teh direction of color ie.e red, we are apt to name the color-term itself i.e green by default which is the habitual response. Children , who have less well-developed frontal cortices generally perform poorer at the stroop task than adults as their frontal cortex does not bias or tilt the scales in favor of the color used rather than the color-term presented.

The authors claim that this inability to bias results on the basis of pre-existing knowledge/beliefs leads to a greater ability to learn. They posit that learning conditions (that maximize competition )  are different from performance conditions (where one response needs to be selected or competition minimized) and the child’s brain is optimized for learning by not having frontal inhibition and control. An example they give is filtering noise form signal which the child are able to do, but adults can’t. for eg. if a new language has a phrase ‘et tu brute’ and 75 % of times it is in this form and 25% of times it is of the form ‘et tu vous Brute’, then adults will tend to probability match and select the utterance/ utter themselves phrase ‘et tu brute’ 75% of times and ‘et tu vous Brute’ 25 % of times. This is because when they want to utter the phrase their existing knowledge that sometimes the other phrase is also used, makes them sensitive to variations. In child’s brain on the other hand a competition between the two phrases takes place and as there is no moderating influence involved, the outcome hundred percent of the time is ‘et tu brute’. Thus, they are able to learn conventional meaning of a phrase/word etc more easily than an adult who gets bogged down by variations. Thus sometimes, less is more!

However the reason I got hooked to this study is the implications they draw for ADHD/Autism and creativity. I’ll quote them verbatim on the issue:

Central to our proposal is the claim that the timing of PFC development has been the target of selection and, therefore, that variations in timing are functionally meaningful. Recent neuroimaging studies have revealed potentially important differences in the timing of PFC development across typical and atypical individuals. Variations in the trajectory of PFC maturation (based on repeated measures of cortical thickness) have been associated with cognitive measures in typically developing children (Shaw et al., 2006). Children with attention-deficit hyperactivity disorder (ADHD) exhibit a delay in cortical maturation that is most prominent in the PFC (Shaw et al., 2007). In contrast, children with autism spectrum disorders (ASD) undergo early maturation of the PFC (Carper, Moses, Tigue, & Courchesne, 2002). A better understanding of the implications of these timing changes for both learning and performance may illuminate some of the behavioral and cognitive patterns associated with these diagnoses (e.g., impaired acquisition of social conventions in ASD), as well as offer a fertile ground for testing the validity of our hypothesis that typical PFC development involves a trade-off in favor of learning to the detriment of performance in infancy and early childhood.

On creativity this is what the authors say:

Creativity—the ability to approach an object or a situation from an alternative perspective—may benefit from the unsupervised competition that occurs in the absence of prefrontal control. Consider one common assessment of creative thinking, the Alternative Uses Task: When attempting to think of ways to use an object in some atypical way, adults struggle. In this case, an active PFC might, paradoxically, hinder flexible thinking, because the representation of the object is sculpted by prior experience and expectations. Interestingly, young children are immune to this kind of functional fixedness (German&Defeyter, 2000). Successful performance in similar tasks of ideational fluency has been associated with EEG changes in prefrontal regions (e.g., Mo¨lle, Marshall, Wolf, Fehm, & Born, 1999). Furthermore, patients with PFC damage solve insight-problemsolving tasks better than do their healthy counterparts (Reverberi, Toraldo, D’Agostini, & Skrap, 2005). This apparent flexibility of behavior can be interpreted as a stimulus-driven response: A mind that is at the mercy of its environment is not shaped by expectations or beliefs. This interpretation highlights a parallel between functional fixedness and probability matching, in that both of these ‘‘adult’’ phenomena involve biasing stimulus–response associations based on expectations. This proposal suggests new avenues of investigation into the processes that support creative thought and into putative relations between creativity and psychological disorders associated with hypometabolic prefrontal function (i.e., a state of lower energy consumption in the PFC, as in bipolar disorder, for example).

There is an article in press in Neuropsyhcologia by Lackner et al that related Dopamine (DA) levels as measured by Eye Blink Rate (EBR) to preschoolers (3-5 yrs old) Representational theory of Mind (RTM).

The authors hypothesized that as one of the neural correlates of RTM is dMPFC, and as dMPFC has dopamine receptors and is innervated by dopmainergic projections along the dopamine mesocortical pathways , hence perhaps it is the dopamine’s tonic and phasic levels that may be correlated with and have a causal role in the preschoolers’ developing RTM abilities.

3-5 years is a critical period in which the RTM abilities are developing in a normal kid and are first found to be deficient in autistic kids. another linkage the authors seem relevant, but which I don’t agree to much, is the error -prediction theory of dopamine. They believe that ToM/RTM abilities develop when one takes into account the behavior of others and finds discrepancies in ones own knowledge and why they act based on certain different assumptions and by realizing this error of prediction modifies ones understanding of others and starts attributing a mind to them. The authors believe that phasic dopamine which has error prediction functions may be affecting RTM via this pathway too; I find that not very convincing.

However, their basic premise that tonic or baseline dopamine affects RTM abilite seems to be on firm ground and they found support for this hypothesis. They did not measure DA levels directly , but instead relied on Eye Bink Rate (EBR) which is a robuts predictor of overall dopamine in the mesolimbic pathways via the caudate nucleus dopamine levels. They also did not measure EBR directly but measured it using EEG waveforms of relevant brain regions above the eyes. 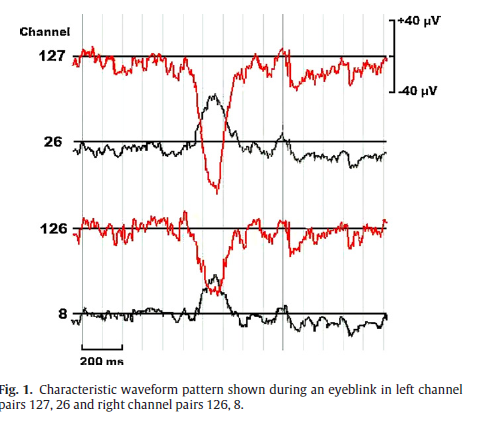 The RTM tasks they used and the Response -conflict executive function (RC-EF) tasks they used are very simple and intuitive and I refer the reader to methods section to pursue them in detail. For our purpose it is sufficient to mention that RTM did not include the famous anne-sally false belief task but had other variants like false belief location task etc.

Their findings were unequivocal. They found that DA levels as gauged from EBR were a significant predictors of RTM abilities and the effect was not mediated by a possible confound- that of RTM and RC-EF linkages and correlations.

For our purposes what is most important is the direction of the effect . More DA levels were associated with better RTM ; while lower DA was associated with lower RTM performance. This is consistent with the DA relation of Schizophrenia/Autism one of which has higher DA levels and better ToM; while the other both poorer ToM and lower baseline DA. To quote:

These findings dovetail with other research connecting dopamine and representational theory of mind in autistic and schizophrenic populations. Both autism and schizophrenia have been associated with RTM impairment (Pickup, 2008; Sabbagh,2004; Savina & Beninger, 2007) and dysregulation of DA (Braver, Barch, & Cohen, 1999; Lam, Aman, & Arnold, 2006). For instance, in the case of schizophrenia there is some evidence that increased levels of frontal dopamine, as a consequence of the pharmacological activity of some atypical antipsychotics, leads to increased performance on RTM tasks (Savina & Beninger, 2007). The present study added to this body of literature by demonstrating associations between RTM and DA in typically developing children. Considered together, this further supports the hypothesis that dopaminergic functioning plays a role in RTM development.

As always, I am excited by more support for Autism and Psychosis as opposites theory and belive this further cements the case and shows possible neurochemichal mechanisms underlying the difference.