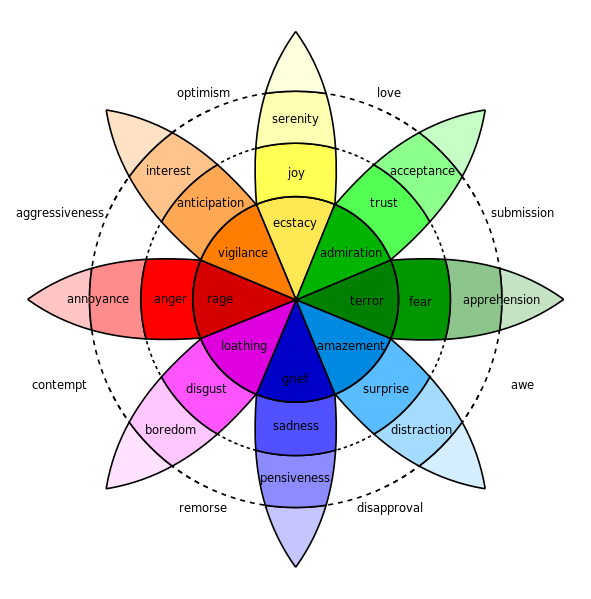 In response to my last post on the eight factor model fitting Jaak Pankspep’s basic emotions model,@vasusrini asked in a tweet my opinions on relationships between the emotions and relationship of emotions to personality.

@sandygautam I love the 8-emotion classification. I am wondering if there are relationship models, a)bet. emotions b) with Personality typesless than a minute ago via webVasu
vasusrini

This post is the response to the second query. Even prior to this I had had a conversation with @brembs on friendfeed regarding whether flies have emotions and in the case of a inconclusive answer the second follow-up question as to whether they have a personality.

Discerning readers will immediately note that I foresee a plausible and meaningful connection between emotions and personality. Basically in a nutshell, I believe all state variables have a affective component and can be labeled as emotions; while all trait components have a enduring and temperamental component and can be labeled as the personality. Given this fact and given my emphasis on the evolutionarily driven eight basic adaptive problems as determining both the states and traits of an organism as it goes about the business of life, the short answer is that I definitely see a relationship and correspondence between 8 basic emotions and 8 factors/traits of personality.

Before I proceed I would like to claim that Cloninger has missed one temperament trait and has confounded anger and seeking systems and traits under one rubric of novelty seeking. thus , I propose and predict that factor studies and more robust empirical work should in the end split Novelty seeking factor of Cloninger in two- thus leading to 5 temperament traits and 3 character traits.

Now lets do a rundown of the eights stages and adaptive problems and ‘state’ emotions useful for that situation and enduring personality ‘traits’ where individuals can differ in their habitual responses tendencies to the same give problem of adaptation .

In all of the above , the emotions capitalized are with respect to Jaak Panksepp’s model. So that is the long answer. what do you think of this? Do read the earlier mouse trap pots too for context and let me know whether the 8 factor model excites you as much as it does me or @vasusrini? 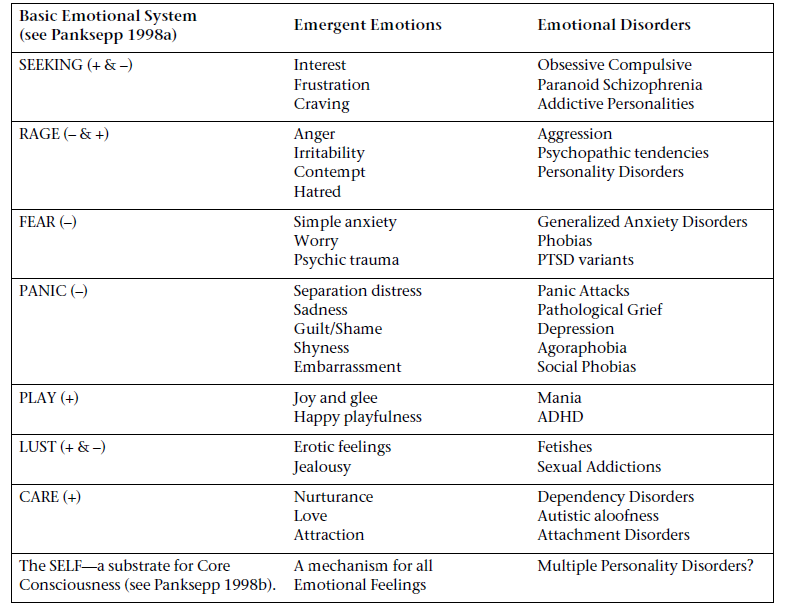