Welcome to the 62nd brain-dope edition of the brain carnival Encephalon.

Sci@Neurotopia, sets the stage by asking the question whether Prozac and other anti-depressants can be called addictive. While we all know that drugs like cocaine and heroin can be addictive, yet can other benign drugs that we take to relive symptoms that are problematic in the first place, can also be classified as being addictive based on the fact that these drugs show at least two of the DSM criteria for addiction- tolerance and withdrawal? What about their non-high nature or non-craving properties? An interesting discussion ensues, but Sci also seemingly puts her-foot-in-her-mouth by trying to argue that there are two types of addictions- physical and psychological! She makes amend for the same by writing a subsequent post that clarifies that she is not a Dualist who believes that psychological symptoms of addiction like craving are not a result of brain chemistry but indeed does believe that they are as physical in origins as the ‘physical’ withdrawal symptoms such as constipation. An undertone of the post and comments was that perhaps we need different categories for addiction – one based solely on substance abuse and other more general addiction based on craving and other psychological components included too. DrugMonkey however, seemed to think that this opens a Pandora box for other spurious addictions like net or video-games addiction.

Daniel@Neuroanthropology however is not afraid of rocking the boat, and clearly and persuasively argues for recogintion of psychological as well as physical aspects of addiction. He argues that the fact that we use two systems of inferring causality- the intention based model applied to human interactions and the billiard-ball model of physical causality applied to non-animate interactions; is relevant to addiction and how that is viewed in terms of a disease model or a morality model.Based on his interaction with his class students, he is inclined to believe that we apply intentional model and subjectivity when referring to our own obsessions and to substance dependence, but a disease model when applied to substance abuse. Dependence, involving psychological components , he believes to be more critical.

Although Daniel mentions facebook and related obsession and dependence and not in terms of addiction per se, we all know too well Vaughan’s view on the matters of internet and related addictions. This time however, Vaughan@MindHacks is in not a critical mood, but laughing all the way  with the recent discovery that laughing gas (N2O), not to be confused with the brain neuro transmitter nitric oxide, has some hitherto unknown effects on those inhaling it. Laughing gas is a popular anesthetic and it has been found that it increases imagination and suggestibility.It can be safely concluded that suggesting that the surgery will not cause pain, would just enhance the anesthetic effects of N2O by using its suggestibility effects too to the fullest. All that remains to be seen is is N2O addictive and if so would people line up for repetitive surgeries or dental procedures given the ability-to-make-one laugh (and thus imaginably get oneself ‘high’:-)  effects of the gas!

While inhaling the N20 may not really present an addictive conundrum, what about Deep Brain Stimulation for Pleasure? Sajid@BrainBlogger reports that some studies at Oxford are being carried to ascertain the DBS effects in orbital PFC and how that may affect reward/ pleasure/ Libido. The benefits are to be found in female sexual dysfunction, but bypassing the normal brain circuitry and directly stimulating the brain for pleasure may be more akin to the way the addictive drugs act. what about tolerance and increasing DBS to get the same quantity of reward? What if someone removes the implant , would there be withdrawal effects? 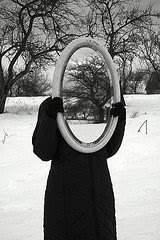 A different type of conundrum is posed by Maria@BrianBlogger as she reports on the face transplant follow-up studies that found that the woman who received face transplant was pleased with the effects though she ostensibly sees a different face in the mirror daily.   She concludes that one should not just screen for organ compatibility, but also psychological coping mechanisms in the case of face transplant as psychological issues are involved here.

When one talks of Psychological coping, who else needs more support than the one being stalked? In the national stalking awareness month swivelchair@NeurologicalCorrelates focuses on stalking and highlights research that found that stalking involved many components of OCD like cognitive inflexibility (being obsessed and feeling compelled) and source-monitoring issues with memory (inability to recall the source of memory) apart from other deficits like lacking an ability to take others’ perspective. while we treat stalking as related to OCD, should we also extend and relate it to addiction in general? Is craving for a non-responding beloved the same as craving for a substance as the beloved has been ‘objectified’ and is worth only as a an object and not as a person? should the same environmental sensitivity and cue based approaches to addiction recovery be applied to stalkers too? Does it make sense to restrict the stalkers from any access to the ‘drug’ or any environment that reminds them of the ‘drug’?

Swivelchair@NeurologicalCorrelates also sends in a post regarding  a hypothesis that aggression may be a result of excessive pruning of white matter tracts. He arrives at this by putting the fact that an ErbB4 gene variant leads  to demyelenation/ less connectivity of left frontotemporal brain region. This region, is also implicated in aggression/hostility and thus his deduction. I have doubts as he mentions the same gene and brain region also implicated in schizophrenia/Psychosis and I disagree that psychotics are in general more aggressive than the normal human population. (although, to be fair, this is not explicitly claimed by Swivelchair anywhere). 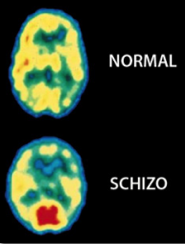 Talking of Schizophrrenia, how did such a disease evolve and get fixed in the human population at such a high level of incidence? Walter@HighlightHealth writes about a study that found that genes in the human lineage that were under recent selection pressure and diverged from the chimpanzees , were also related to energy metabolism in the brain and on the same locus are present some of the schizophrenia genes. Thus, he concludes that Schizophrenia is a direct costly byproduct  to the cognitive demands placed during human evolution especially the demands of brain metabolism and maintaining a big brain for greater cognitive work and thus the need to increase efficiency of metabolisms etc. Thus, the assertion that Schizophrenia is a direct result of  changes in metabolism during human brain evolution.

Talking about evolution and comparative methods, did you know how manual dexterity evolved in humans? Mo@Neurophilosophy illustrates how manual dexterity evolved in humans giving us the ability of fine motor control. He notes that we have a direct (synapsing directly on motor neurons)  as well as indirect (involving inter neurons) path from the primary motor coretx to the motor neurons. Also, their appear to be two distinct sub regions of M1- one involving neurons synapsing directly onto the motor neurons and the other synpasing via inter neurons in the spinal chord. Also doing a comparative analysis on Capuchin (who have a prominenet direct as well as indirect pathway like humans)  and Squirrel monkey (who only have the weak direct path) reveals that Capuchins are manually dexterous while Squirrels are not, thus confirming that it is the direct pathway which is anatomically recent and used in fine motor control. Now this is called cutting edge science reporting.

DoctorSpurt@EffortlessIncitement reports on a study that found correlation between physicological traits like EMG and skin conductance and political attitudes like high support for preserving the social structure form internal/ external threats. In brief, and in a crude reading it found that ‘conservatives are cowards’. Put other way, using a variety of measure sit was found that threatening stimuli caused more physiological reaction in those who were of a conservative bent of mind. Now that is some correlation between political attitudes, personality and fearfulness.

We have talked about aggression and fearfulness and we have talked about evolution. And we know that people differ from each other in their baseline aggressive and fearfulness rates. How does this difference come about. I@TheMouseTrap present evolutionary perspectives on personality traits and I owe a post that would  link the evolution of personality traits to evolution of co-operation/ altruism.

Now, if you have read the Mouse Trap posts, you may wonder if some of the correlations I see between different personality traits and evolutionary adaptive tasks are not spurious and voodoo like? A different kind of voodoo correlation is examined by Neurocrtic , this time referring to the exaggerated and spurious correlation found between fMRI brain regions identified in social cognitive neuroscience and behavioral and personality measures. I haven’t read the Vul et al paper, but Neurocritc presents a good summary and details the points-counterpoints that are raised. One thing that caught my attention, off-the-bat,  was the confusion of state personality variables with trait variables (anxiety or empathy can be measured as both trait and state variables). While the trait variable correlations in personality psychology may be low (~ 0.7); I’m not sure the measures that measure state variables (like anxiety at the present moment ) suffer from same level of reliability concerns (but how can we test-retest a state…isn’t the state bound to change with each experiment). Anyway the discussion is very enlightening and Neurocritic rejoices in seeing the others slither in pain as their studies are put to question . Oh Schadenfreude.! 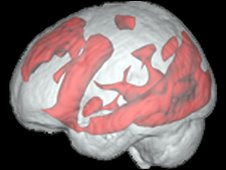 One thing however that Neurocritic does put into question is the allure of fMRI brain scans and how having a brain scan in a study can lead to credibility.Dr Deb at her blog links to a provocative study that found that more brain areas lit up when net surfing than when reading. So do we conclude that net surfing, is good for your health? If so, as its effects are largely beneficial, can we still consider it as an addiction? We seem to have come a full circle.

Before I conclude, just a brief note to let all of you know that you can now subscribe to the encephalon feed here and to many other health and medicine related carnivals here.

That is all for this edition. hope you got your kicks and are dependent on the fortnightly dose of enecpehalon to maintain your sanity. BTW, did anyone miss the 5 Jan edition of encepahlon….did someone suffer from withdrawal symptoms? do let us know via comments!